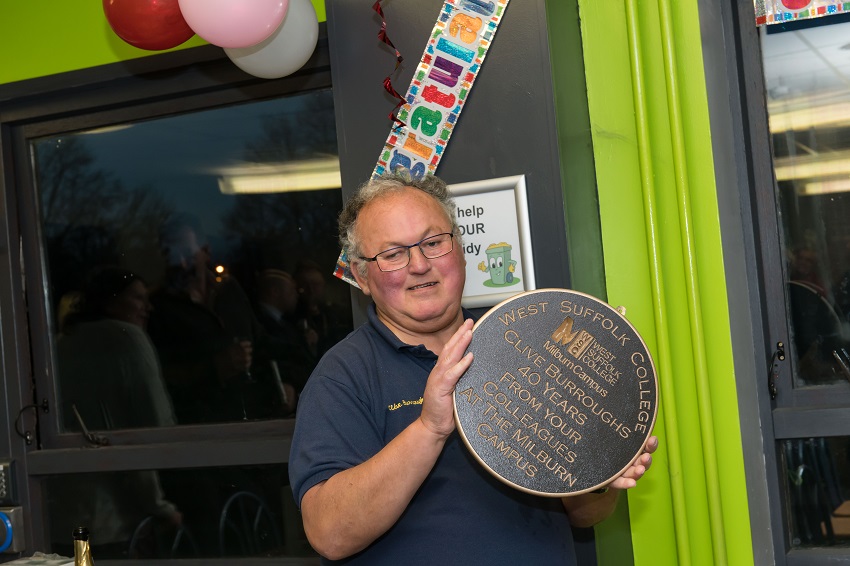 Staff and students both past and present including Nikos Savvas, College Principal, surprised Clive with a party at the campus so his outstanding achievement could be celebrated with those that know him best.

Clive Burroughs, a Technician in Construction and Crafts at West Suffolk College has recently celebrated 40 years of service being recognised as the longest serving member of staff at the college.

Based at the Milburn campus, Clive has dedicated his incredible career to supporting students and staff and has seen the college grow and develop enormously. Clive said “Since I have been here I have seen buildings be knocked down and completely rebuilt; always changing and growing.”

Sharon Gibson, Personal Support Tutor based at the Milburn campus said “Clive is a person who can be relied on, he is part of a team and he stands out from others as a role model. He enriches both staff and students lives and remains enthusiastic and cheerful in the face of adversity every day.”

Staff and students both past and present including Nikos Savvas, College Principal, surprised Clive with a party at the campus so his outstanding achievement could be celebrated with those that know him best. 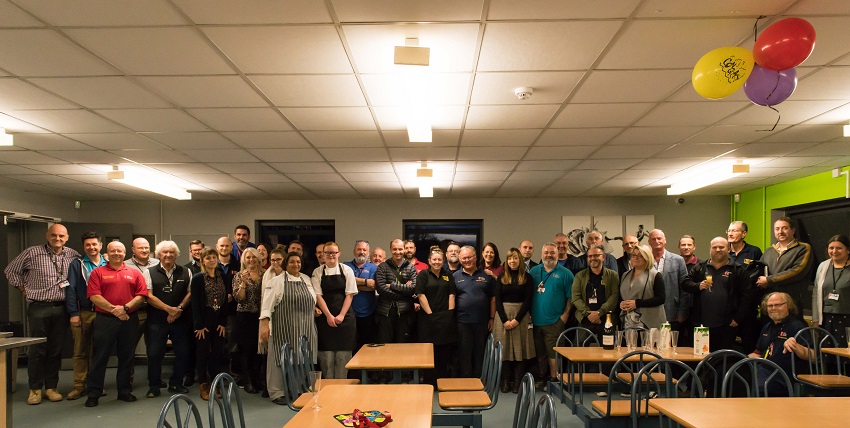 Clive said “I was really shocked when I walked into the party, it was nice to see people I used to work with make the effort to come and celebrate with me.” During the celebrations, Clive was presented with a host of gifts including a plaque and a photo album to hold the photos taken at the party.

Debbie Coomes, Executive Director for Healthcare, Sports & Technology at the college said “To be in a job for over 40 years in 2018 is just amazing – most people within their ‘career lifetime’ will change their job at least 6 times. Clive is inspirational and loyal with a capital L and a key character at the very heart of West Suffolk College.”

Debbie continued, “My day is made brighter when Clive says ‘Morning dear, how are you?”

When asked what keeps him going Clive commented “You see so many different people and it’s nice to have so many people to speak to. Since I have been here I have seen many students come and leave to move on to their next adventure.” 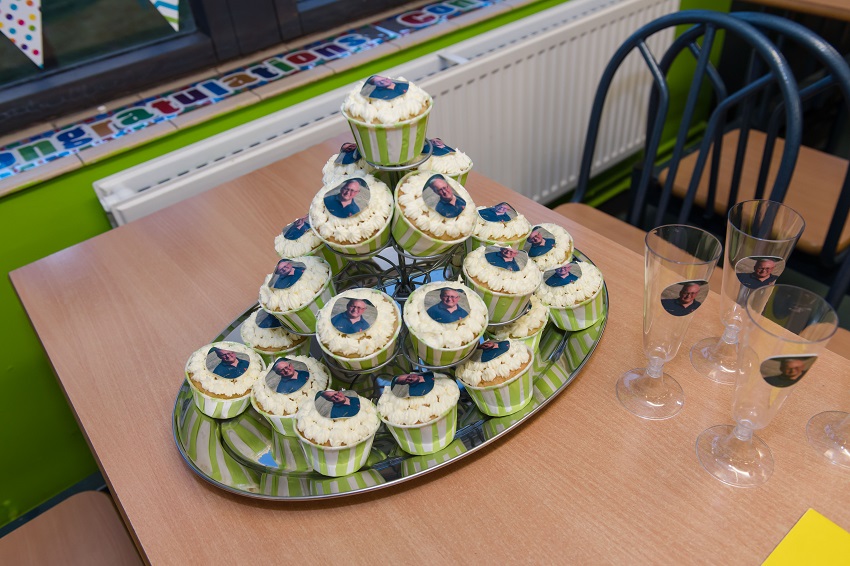