Fight for all our futures 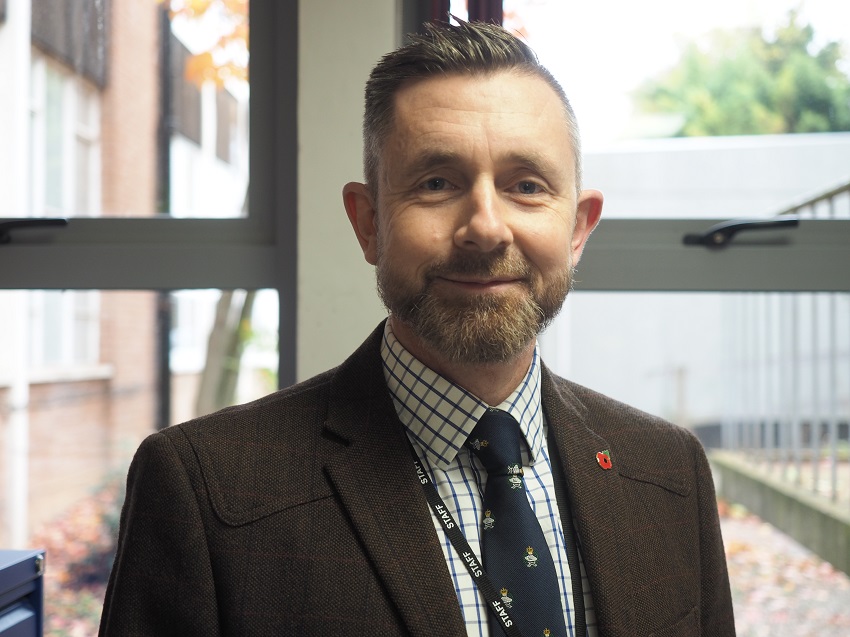 Stephen Jones believes education is worth fighting for.

As we honour and remember those who are fighting or whom have fought and made the ultimate sacrifice to secure and protect our freedoms this week, I am reminded how standing up for what you believe in with conviction is what our nation and veterans have fought for on many occasions.

Three young men from my family were killed in France in WW1. My great grandfather and my great uncle Will were also in France at the same time, father and son, but in different regiments, each wondering whether the other was safe. Fortunately they both returned home but both sustained injuries. It must have taken great courage to volunteer for the war as they did, standing up for what you believe in because it is right, knowing full well the risk. This conviction is something I have tried to instil in my two sons.

My youngest son recently faced a dilemma when witnessing a physical altercation in the playground between two of his peers. One boy clearly had the upper hand and was hurting the other - should he intervene or tell the teacher? With no teacher in the immediate vicinity, he chose the former and separated the two boys concerned preventing further upset although taking a knock himself in the process. He received a sanction for getting involved, but after school, one of the boy’s mothers thanked my son for stopping the fight saying that this was the latest in a series of events that had made her son unhappy. Despite the sanction, my son felt he had done the right thing by standing up against what he perceived was an unfair fight.

It is debatable whether any fight is fair or indeed right, but the week before last, I joined a metaphorical fight with tens of thousands of others across the country in support of a national campaign run by the Association of Colleges to fight for funding equality for the Further Education sector.

‘LoveOurColleges’, is an awareness and lobbying campaign to highlight the tremendous contribution that Colleges make to this country’s economy and local communities. At its heart, the campaign is about the right to equality in funding for colleges when compared to schools, but for me, it is even more basic than that, and is in fact a debate on the value of education and indeed the value society places on one type of education above another.

Education is fundamental for human, social and economic development and in this week when we think about the devastating effects of war; education is a key element in achieving lasting peace through educating minds to see ways other than war, but also in the rebuilding of infrastructure destroyed by war. Colleges train people in a vast breadth of skills that are vital to the national economy and make a significant contribution in this respect.

When considering the value colleges bring to the table, the inequality in government funding for the Further Education sector is really staggering. Recent figures show that per head, a student who attends a college education receives £1,575 less than a student who attends a secondary school. In fact, government funding to colleges across the board has been cut by 30% between 2009 and 2019.

As a former college student myself, the opportunity a college education gave me was immense. This is why I firmly believe that the ‘LoveOurColleges’ campaign is the right fight to get behind and why the associated online petition is important to support. I am fairly sure my WW1 forebears would support me in standing up for what I believe in.