Join us as we celebrate International Women’s Day on Monday 8 March 2021. We will be joined by inspirational women from various industries who will be sharing their stories and supporting us as we look to raise the aspirations of all students.

Dame Martina joined The Prince’s Trust in May 2004 and became Group Chief Executive in 2017.

Sue is not only owner and founder of Image, but also the most highly trained and sought-after eyebrow specialist in East Anglia.

Kerry Ellis has fast become recognised as the leading lady of West End musicals from her starring roles in London and on Broadway.

The Teapot Project was established by Mischa Pearson in 2015 and it went on to win the Suffolk's Greenest County Award.

Nicola Beach, is the Chief Executive of Suffolk County Council's paid staff and sets our aims and manages its performance. 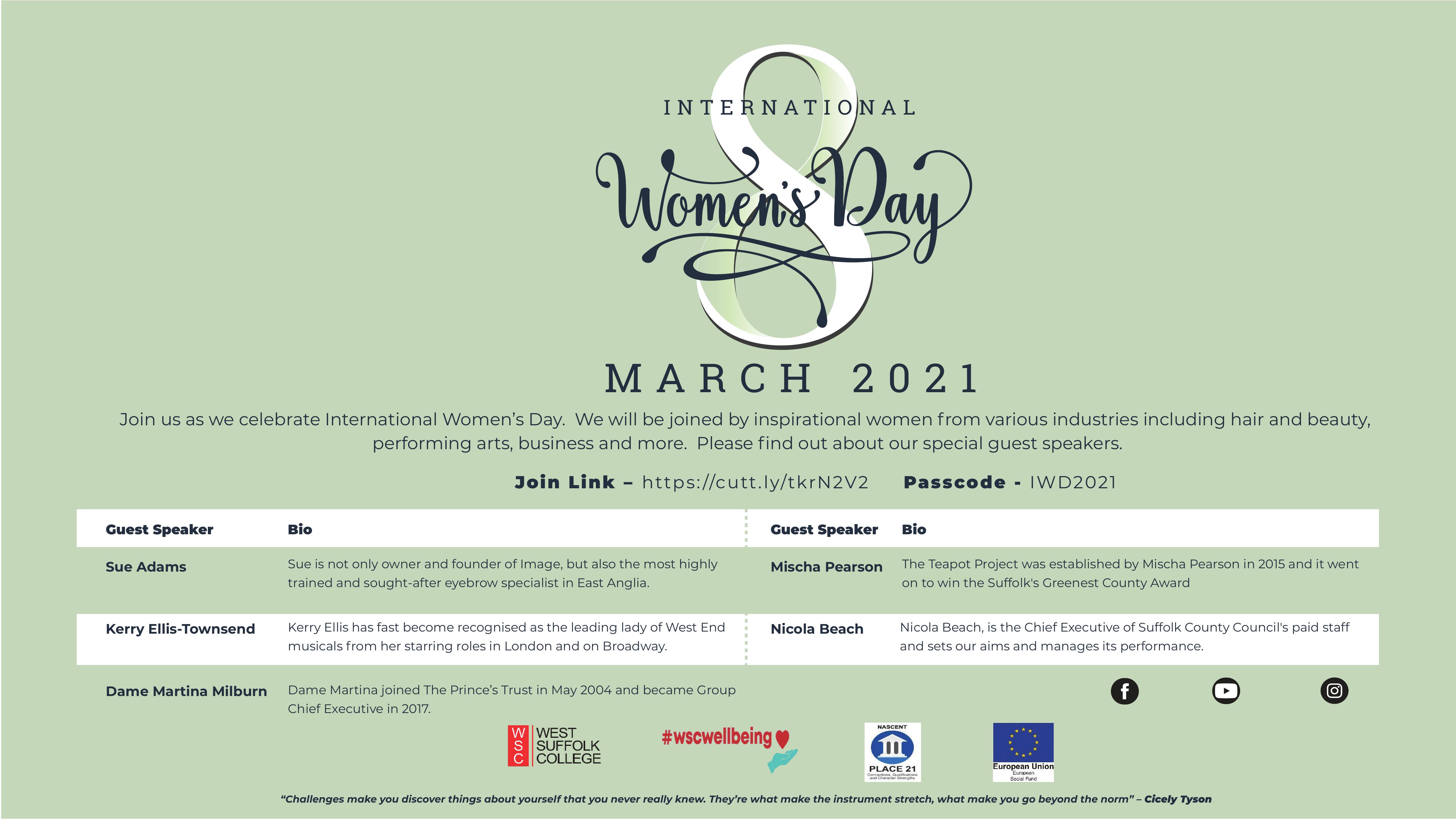