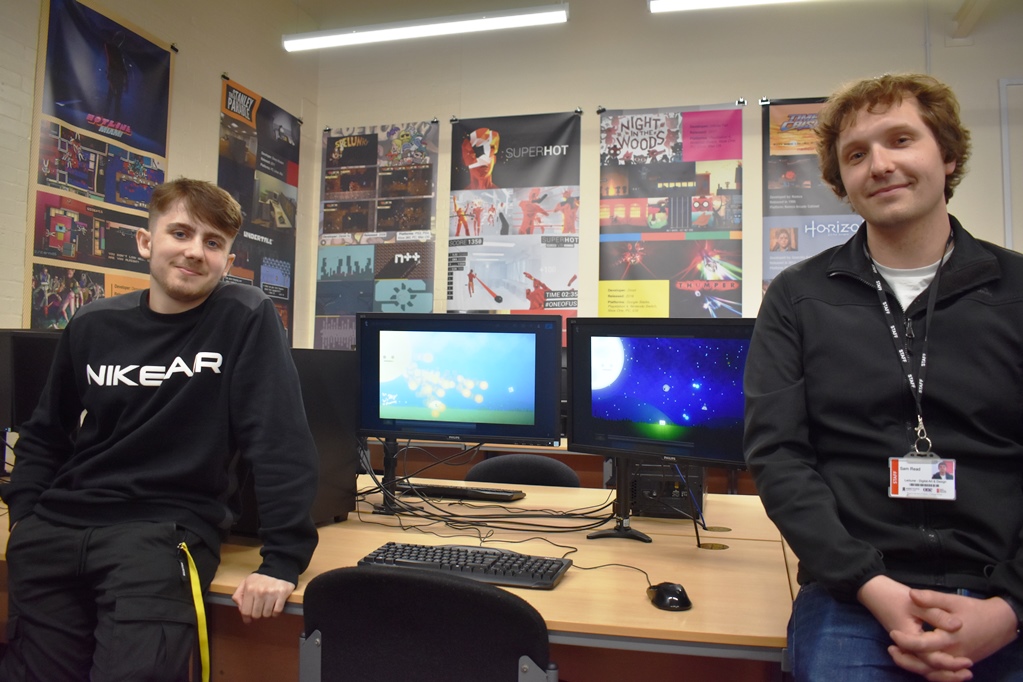 A West Suffolk College student has been nominated for a BAFTA.

18 year old Tom Kay is from Soham in Cambridgeshire and studies on a level three Games Design course that is supported by The School of Art and Design (at West Suffolk College).

This year, Tom and his classmates were set a college project based on the word ‘randomness’.

Tom’s tutors were so impressed by his efforts that they encouraged him to put his work forward for an award.

As a result of this, the teenager submitted an application to one of the most recognisable awards brands on the planet and he has just found out that he has been nominated for the 2021 Young Game Designers (YGD) BAFTAs.

Tom has been selected as one of the finalists in the Game Making category and he will find out how he has got on during an online ceremony that will take place on Thursday 8 July 2021.

In terms of BAFTA recognition, Tom, who hopes to run a small independent games making business in the future, said, “I was surprised to be nominated and it would be great to win. If I won and had to make an acceptance speech, I’d thank my teachers.”

His teacher, Sam Read, has been nominated for two BAFTAs himself, thanks to his support of the creation of two games called Splemy and Gang Beasts. The lecturer in digital art and design, said, “What Tom is doing is at an industry level. He is very humble and doesn’t know how good he is.”

“There is lots of really good stuff going on in the world to promote young talent and it’s great that BAFTA does this. The support they give young people is amazing,” he added.

Director of Art and Design at West Suffolk College, Derek Johnson, said, “We have a very proud of record of supporting people of all ages progress onto the very best universities and into careers.

“This year, our department is working with almost 500 students on a wide variety of courses and we very much consider ourselves to be an ambassador college for art and design. Tom’s achievement helps to reinforce this view and we are very proud of him and of the support that our games design team have given to Tom, to help him reach these heights. This truly is an outstanding effort all round.”

West Suffolk College is expanding their games design programme later in the year by starting a new degree (in video games design) this September.

All those nominated will receive a bundle of games goodies from YGD partners, a series of exclusive masterclasses and online networking with industry professionals - plus the opportunity for digital mentorship and careers advice from Into Games.

For more information about Games Design courses at West Suffolk College – you can visit the following link: www.wsc.ac.uk/courses/games-design