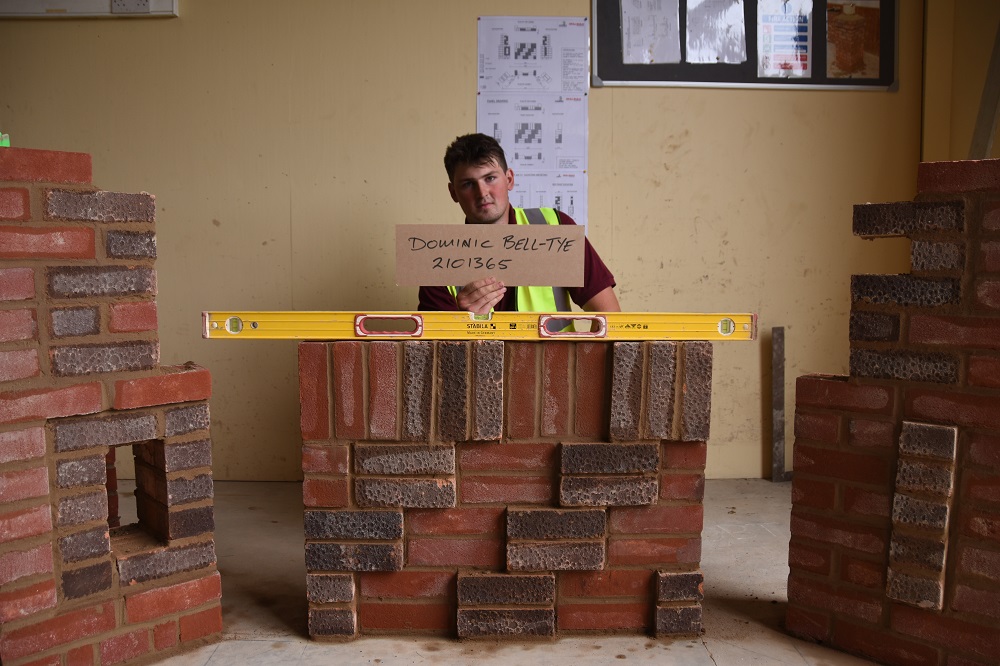 Dominic Bell-Tye with his brickwork.

West Suffolk College students have put their skills to the test in the SkillBuild regional qualifier – in a bid to be named the top craftspeople in their trade on the world stage.

Five students from multiple disciplines carried out skills based challenges over a live virtual link, which saw competitors’ work being assessed in timed intervals by College staff.

The successful candidates will be announced at the end of August and will go on to take part in the SkillBuild UK national final. The next round is the EuroSkills competition, where they will compete with 29 other European countries. The final WorldSkills competition will take place in Shanghai in 2022 – representing the best and brightest in their trades.

The students from West Suffolk College competing in the SkillBuild regional qualifiers, were: 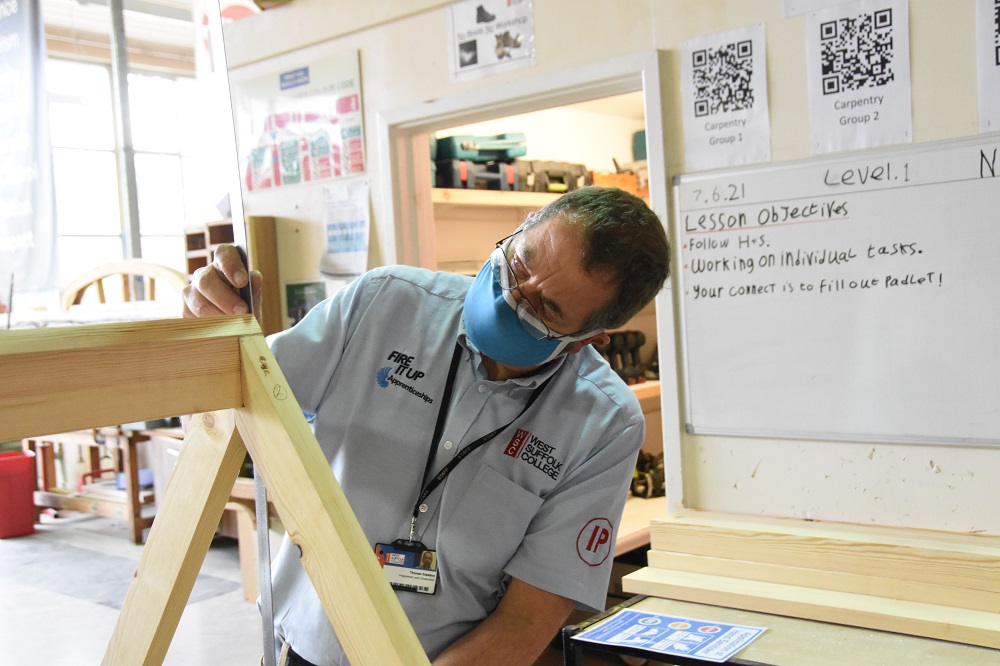 “SkillBuild is a great opportunity for our students to show off their technical skills and build on their character strengths at the same time. It’s competitions like this that allow them to see just how far you can go if you really apply yourself.”

West Suffolk College has recently partnered with the WorldSkills UK Centre of Excellence scheme - with ‘high performance coaches’ delivering 60 hours of sessions at the College, working with staff and students to share their globally acquired knowledge.