The Light Burns Blue - a play about the Cottingley fairies 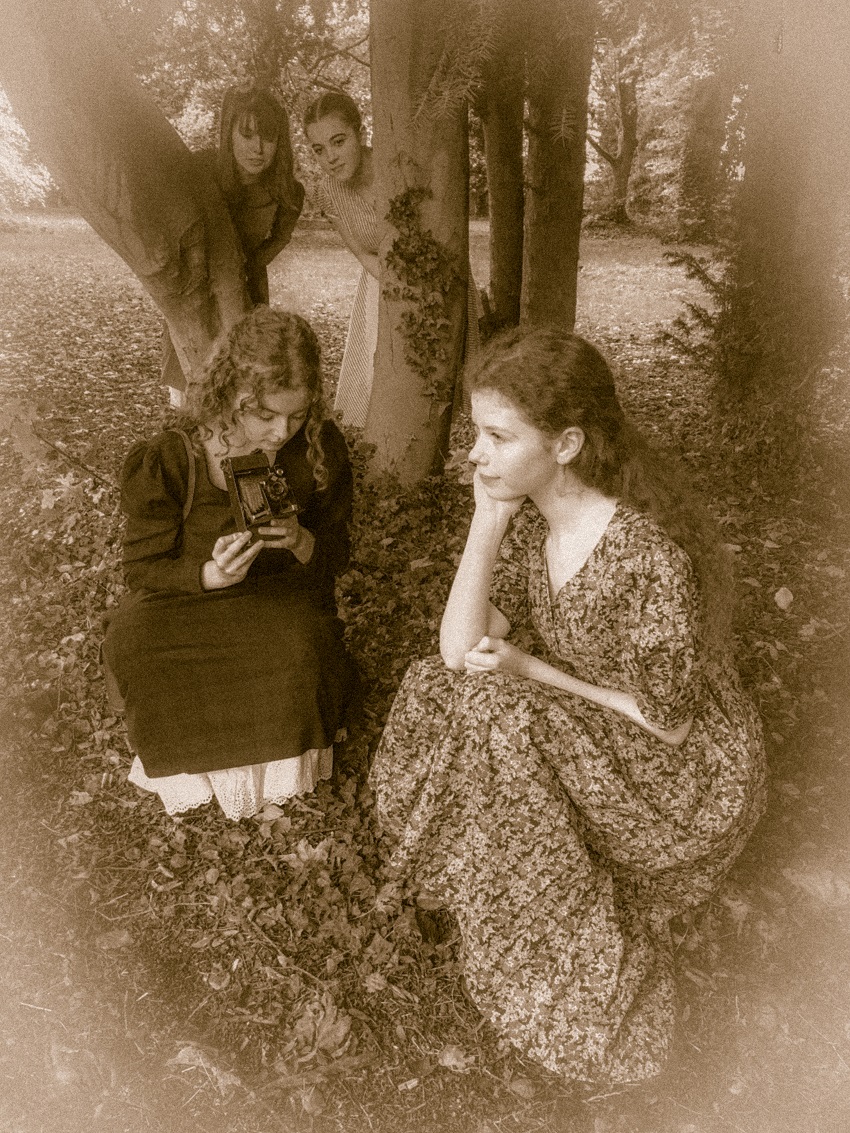 The Light Burns Blue was commissioned for Platform, a series of plays for young actors which set out to redress the gender imbalance in young people’s theatre.

‘Do you love what you do? Because I loved the feeling of taking charge. Putting things in the frame, taking them out again. Writing them with my eyes.’

In 1917, two teenage girls convinced the world that fairies were real. Leading theosophists and Sherlock author Sir Arthur Conan Doyle believed that the photographs were real.  But why did they do it? Was it an intentional practical joke to fool the adults at the time or was it a prank that got out of hand? This is the question at the heart of Silva Semerciyan’s play being put on by students at Conservatoire EAST, West Suffolk College.

The play uses the true story of the Cottingley fairies as its inspiration, asking the question of why the girls decided to fake the photos and how the entire world fell for it. It concerns a young reporter who is determined to expose Elsie as a fraud.  But as she looks at the fact, she begins to think there’s more to Elsie’s story than a simple hoax.

The Light Burns Blue was commissioned for Platform, a series of plays for young actors which set out to redress the gender imbalance in young people’s theatre.  Director Erica Dupuy says “this play offers young women the chance to be at the centre of the action and not be cast as a victim to be rescued or exploited. It’s also a story that’s about much more than fairies and is even more relevant in these days of fake news.”

The Light Burns Blue runs the 5th, 7th and 9th of November at the Conservatoire EAST theatre – tickets available from the Theatre Royal box office.