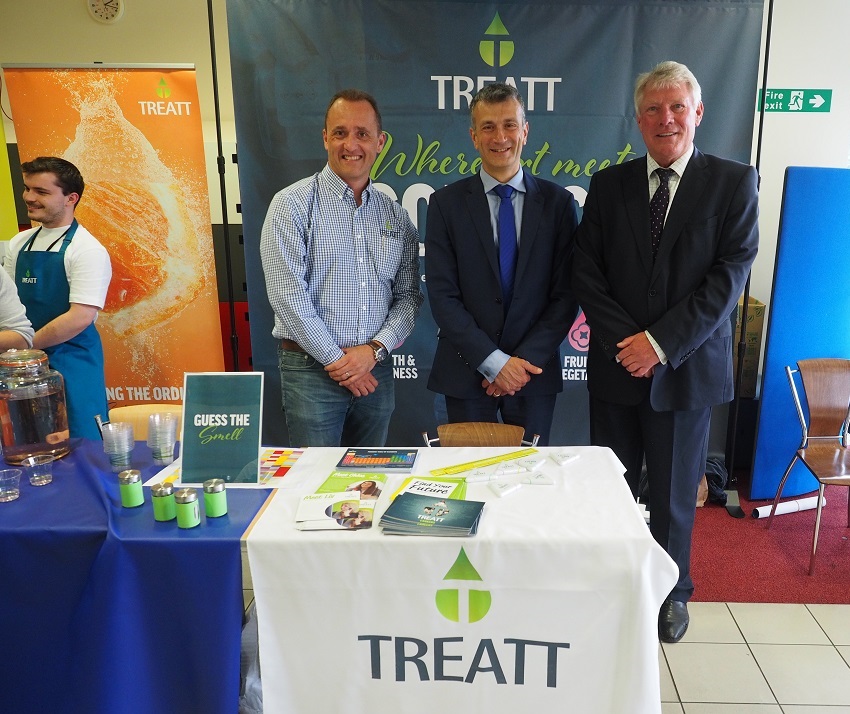 The Big Bang Fair formed part of a wider college initiative known as the ‘Escalator model’ - the approach the college have adopted to engage young people at all stages of education; reinforcing STEM skills throughout the school pipeline to develop a workforce with the skills that employers need.

We hosted our Big Bang Fair on Thursday – the very first of its kind in Suffolk with over 1000 primary and secondary school pupils from over 30 different schools attending from across the region.

Sponsored by Treatt, the event was held to ‘Bring science and engineering to life for young people’ where a host of showcases, hands on workshops and exhibitions were on hand for the pupils to get involved in.

Daemmon Reeve, Treatt CEO said: “The Treatt team were proud to be sponsoring the Big Bang event, bridging the gap between science in curriculum and science in industry. These events are vital for igniting a passion in the science subjects from an early age; inspiring the next generation of STEM innovators and for us, the next generation of Treatt scientists. It was a great day, enjoyed by all.”

The activities and workshops available during the day included Chemistry Chaos, a DNA workshop where the pupils extracted their own DNA, The Magic of Physics, a Cyber Security task and a blow up Planetarium.

The Big Bang Fair formed part of a wider college initiative known as the ‘Escalator model’ - the approach the college have adopted to engage young people at all stages of education; reinforcing STEM skills throughout the school pipeline to develop a workforce with the skills that employers need.

As part of the ‘Escalator model’ we have collaborated on various projects and events with many partners from across the region and further afield. The college science box project, which a number of schools that attended on Thursday have participated in, has been enabling hands on science experiments to happen in classrooms for nearly two years and this was seed funded by West Suffolk Council who contributed £50k to the project.

Cllr John Griffiths, Leader of West Suffolk Council said: “This is about creating a legacy in West Suffolk, engaging young people and encouraging their interest in science. By investing in this project and developing an interest in science, we will support the growth of local employers and of highly skilled, well paid jobs that will help attract and retain university leavers in the area. All of this will help ensure the strength and future success of the West Suffolk economy for the communities that we represent.”

Angela Berry, Executive Director for Partnerships and organiser of The Big Bang fair said: “As leaders of education in the East we want to support outstanding education across primary and secondary phases and delivery outstanding education post 16 with the career prospects and business connections. We must build the passion and enthusiasm especially for STEM subjects at the earliest point and nurture it to build the workforce of the future.