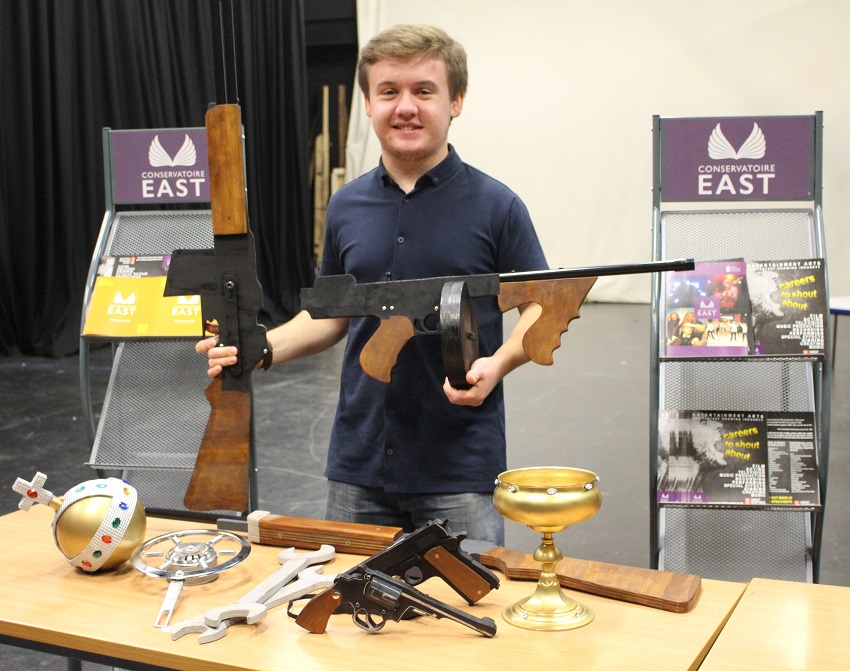 James Hopwood, 20, from Stowlangtoft, was one of three national performing and production arts winners at the recent Origins Creative Arts Festival.

A Suffolk-based production arts student is celebrating after landing a top national award.

James Hopwood, 20, from Stowlangtoft, was one of three national performing and production arts winners at the recent Origins Creative Arts Festival.

James wowed judges after his portfolio was submitted by Hannah Schofield, Head of Performing & Production Arts at West Suffolk College’s Conservatoire EAST, where the teenage has studied for the last four years.

His work on the college’s production of Bonnie and Clyde – which included him making props from scratch in his father’s garage – came in for particular praise.

James said: “It was a surprise but a real honour to receive the award - I didn’t know Hannah had nominated me.

“I first came to West Suffolk College to study music technology before moving into production arts.

“I wanted to be more creative and I am a bit of a perfectionist. It is also quite a thrill to see your work on stage.”

Hannah Schofield said: “James’ attention to detail in his work is exceptional. I am very proud of his achievements.

“The UAL cited him as an ‘exemplary student’ – something they say about only a few people in the country. It reinforces what we already know about his talent.”

James, who was also a prize-winner at West Suffolk College’s recent Celebration of Achievement, is now going to study Scenic Arts at Rose Bruford College in Sidcup.