Charlotte is Heading for her Dream Job 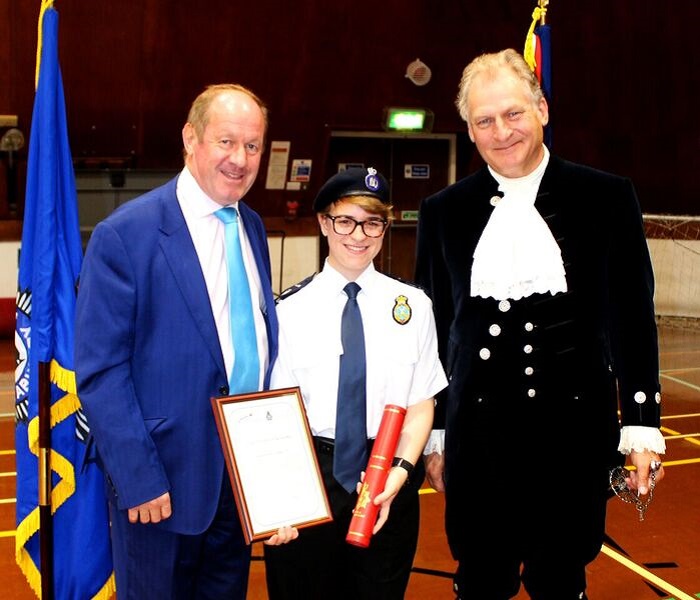 From the age of eight, Charlotte Rayner wanted to join the police after being inspired by a police visit to her cub pack.

Now, the West Suffolk College student has been awarded Suffolk Police Cadet of the Year and is well on the way to achieving her dream.

Charlotte, 17, from Great Waldingfield, explained it was a talk by a PCSO and PC that “really inspired me” and she hasn’t changed her mind. After completing her GCSEs, she joined the college’s Public Services course, gaining a Distinction Star in her first year. Now she is taking Public Services with Applied Law.

She has been in the Police Cadets for the past three years and hopes to join Suffolk Police when she finishes her college course. This year she represented Suffolk at the National Police Cadet Conference and is also one of the High Sheriff’s police cadets, representing the police at ceremonies.

Charlotte was presented with her certificate by the assistant chief constable Rachel Kerton and the High Sheriff of Suffolk, Geoffrey Probert.

When she was told about her award, Charlotte said: “I didn’t think it was real, I was a bit shocked, but now it feels really good. It makes me feel I am on the right course.”

Charlotte said she knows both her family and the college are really proud of her. “College has been really good and they have supported me and helped me. I have really enjoyed the Public Services course”.