College delighted after carving out trio of carpentry awards 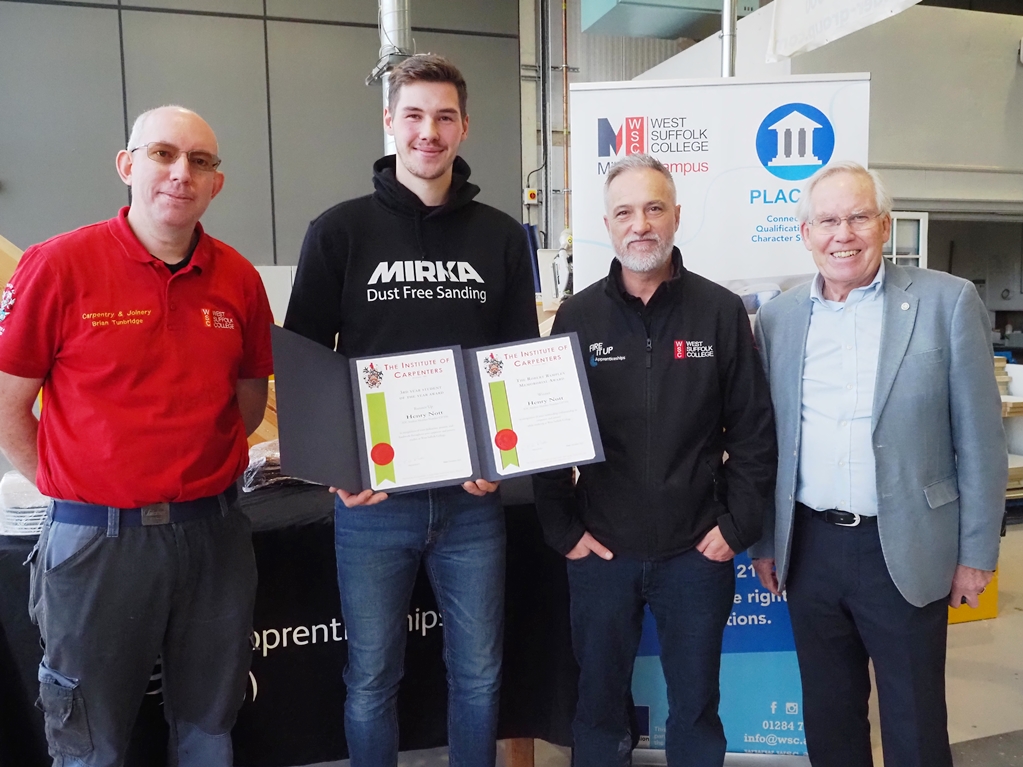 A college and a student have won a trio of accolades from the Institute of Carpenters (IOC).

Former West Suffolk College apprentice, Henry Knott, 22, from Bury St Edmunds, came runner up in the national 3rd Year Student Award for 2022 in a competition run by the IOC.

Last year, another apprentice from the college (Spencer Pettitt) received the top prize.

In addition to this success, Henry then became the first ever recipient of the Robert Rampley Memorial Award for outstanding craftsmanship.

This award was created by the family of Robert Rampley - a dedicated carpenter and joiner who sadly passed away this year. His family started a bursary as an ongoing legacy relating Mr Rampley’s dedication of the craft.

In terms of the Robert Rampley award, Henry picked up a combined total of £285 in vouchers from Axminster, IronmongeryDirect, Medite SmartPly and Reisser, along with a toolbag and hoodie from Mirka (UK) Ltd and a cheque from the Robert Rampley family for £100.

In addition to these two accolades, West Suffolk College received a certificate from the IOC, acknowledging their ongoing hard work and success in terms of training the next generation of carpenters and joiners. 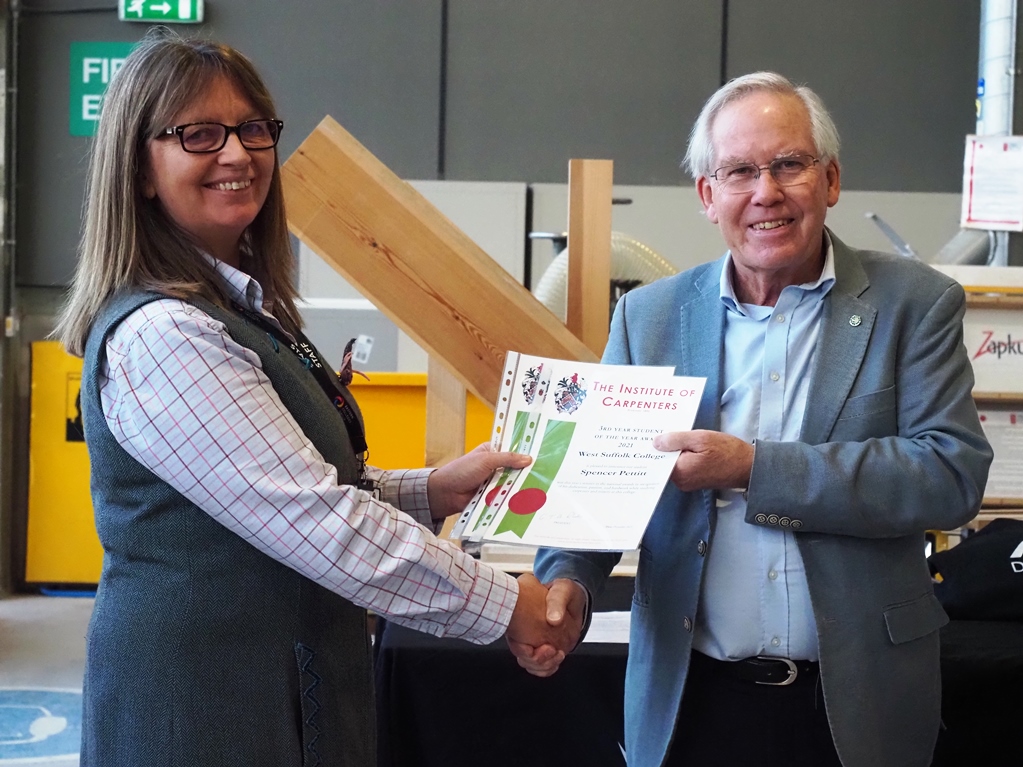 Debbie Coomes receiving certificates from Geoff Rhodes from the Institute of Carpenters.

In terms of his awards - Henry - who works for the Bury St Edmunds based construction company H G Frost said: “To stand out in front of others on a national stage is amazing. I’d like to thank my employer and the college for all the advice, knowledge and support they have given me. I’d also like to thank the family of Robert Rampley for giving me this great honour.”

In terms of the award for the college, carpentry and joinery lecturer Brian Tunbridge said: “We hugely value our relationship and association with the IOC, so to receive acknowledgement like this is a massive boost for everyone. Congratulations also to Henry. He was a delight to work with.”

The president of the IOC, Geoff Rhodes, said: “Well done to Henry and the college and thanks to the sponsors and the family of Robert Rampley.

“As an Institute, we have a real focus on technical education and we are actively committed to supporting and adding value to colleges and the student carpentry experience across the UK. These competitions help us to achieve these goals.”