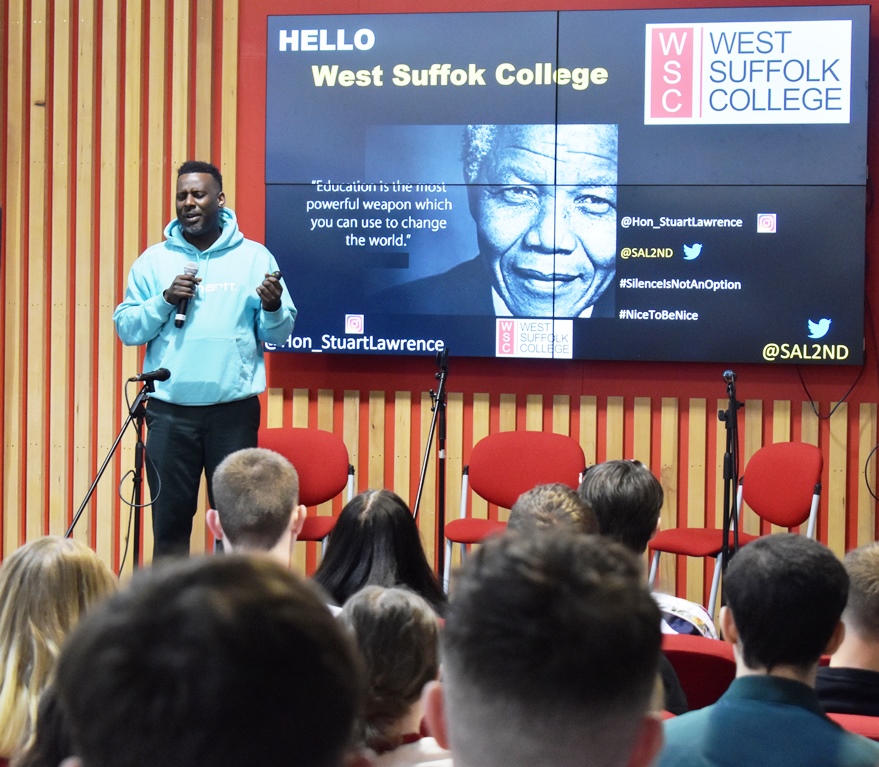 A motivational speaker and campaigner visited Suffolk to talk about the importance of making positive change within each other and society.

The Hon. Stuart Lawrence – the brother of Stephen Lawrence – who tragically lost his life after an unprovoked attack in London almost 30 years ago – visited the University Studies at West Suffolk College centre to share his experiences to around 150 guests.

The event was part of an ongoing campaign to embed black history into the curriculum of West Suffolk College and across the Eastern Colleges Group all year round.

Those who attended also took part in a question and answer session about racial equality where they heard from not only Stuart, but also Phanuel Mutumburi (director of the Ipswich and Suffolk Council for Racial Equality) and Franstine Jones, (the first ever woman to be elected as the president of the National Black Police Association).

During this occasion, Stuart recalled the day he found out his brother had died and the devastating impact it had on his family.

He also talked about the long term implications of the incident and the positive legacy he and his family has made in terms of creating meaningful change in society.

Stuart – whose wife Angela is from Suffolk – said: “It’s my second time at the College and it’s great to see what they are trying to do. These events are so important – the more we are accepting of others points of view, the better we become.”

In terms of his brother, he said: “I’m super proud to be leaving this legacy on behalf of my brother – for me to know that his legacy continues on, and he is still able to help change young peoples’ lives for the better, brings me great joy and comfort.”

The event was organised by the equality and diversity and public services teams at the West Suffolk College. 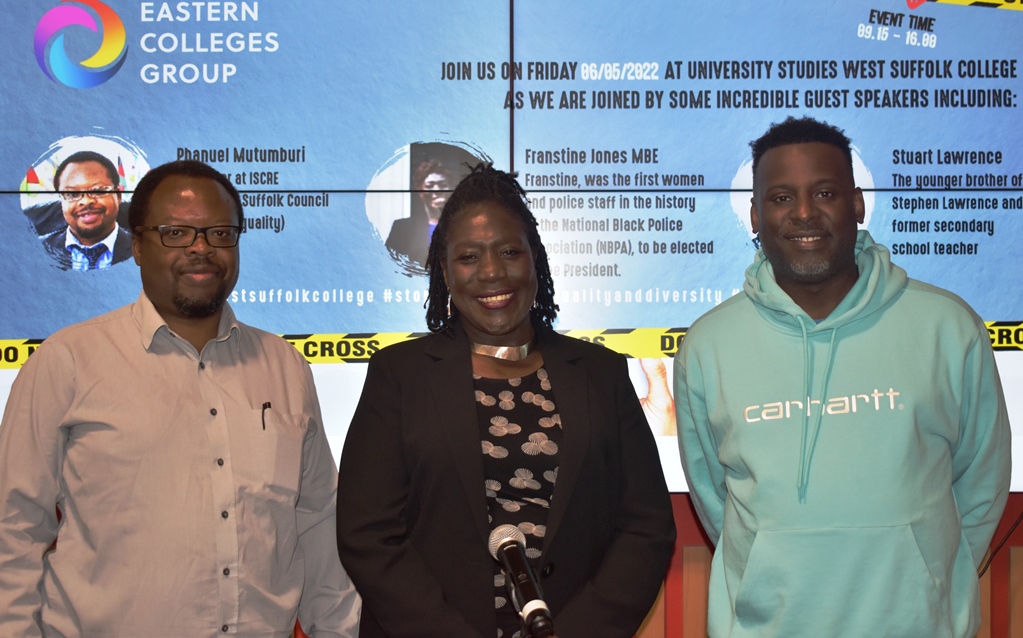 Ellisha Soanes is the Equality, Diversity and Inclusion Co-ordinator. Ellisha said: “This is a massive collaboration across the College and the group that is embedding equality and diversity within all of courses throughout the year.”

Course director for policing, Matt Ross, said: “From my point of view, this was all about giving our students a direct connection between the past and the present - to help show how the police officers of tomorrow can make a positive impact in the future.

He added, “The event was recorded so that we can share this experience with other departments and students who chose to study with us in the years ahead.”

17 year old, Tom Cutting from Stowmarket is on a level three policing course at West Suffolk College. On attending this event, Alex said: “The speakers have been so inspiring.”